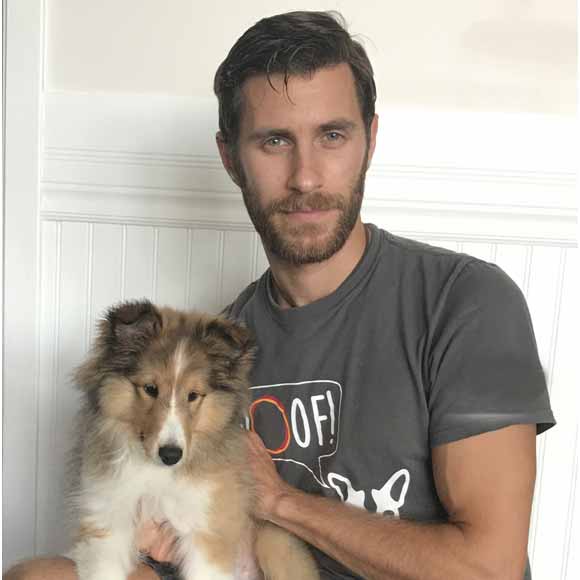 Dr. Michael Chouster is originally from Ukraine and immigrated to Canada at a young age. He spent the early part of his life in Toronto, Canada, where he dreamed of becoming a vet. Dr. Chouster completed his first bachelor with honors at the University of Toronto where he studied physics and economics. After graduation, he enrolled in the Royal Canadian Air Force as pilot and lived in many places across Canada. After four years in the military he decided to pursue his childhood dream of becoming a veterinarian.

Dr. Chouster completed a second bachelor’s degree in Biology. Subsequently, he received a master’s in biomedical science (MBS) from the University of Guelph. There, he studied a rare genetic disorder in cows. After completing of his MBS, he was accepted into the doctor of veterinary medicine program at Ontario Veterinary College (OVC), the oldest veterinary college in North America. While studying, he spent a summer in Australia working at a mixed animal practice. He graduated from OVC with distinction in 2016. Upon graduating, he was selected to complete a 13 month rigorous small animal rotating internship, in veterinary internal medicine and surgery. Dr. Chouster then joined the team at Boca Veterinary Clinic. His primary interests are internal medicine, ophthalmology and wildlife medicine. He enjoys solving problems and healing sick pets.

In his spare time he enjoys volunteering at the Gumbo Limbo Nature Center and the South Florida Wildlife Center. Where he helps care for turtles. When he is not working, you might be able to spot him kite surfing at one of the local South Florida beaches. He also enjoys rock climbing and hiking. Dr. Chouster is looking forward to meeting your family and providing your pet with the best medical care. He speaks English, Russian, and French.

Click here to learn more about the other Vets at Boca Vet Clinic.